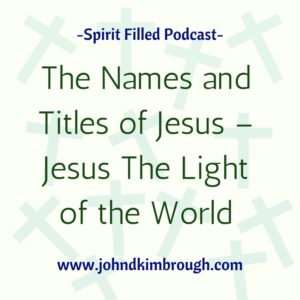 This series of the names and titles of Jesus will give us a more in-depth understanding of Jesus Christ our Lord. This is the fourth in the series. The following is an outline.

1 In the beginning was the Word, and the Word was with God, and the Word was God. 2He was with God in the beginning. 3Through him all things were made; without Him nothing was made that has been made.4In him was life, and that life was the light of all mankind. 5The light shines in the darkness, and the darkness has not overcome[a] it. 6There was a man sent from God whose name was John. 7He came as a witness to testify concerning that light so that through him all might believe. 8He himself was not the light; he came only as a witness to the light. 9The true light that gives light to everyone was coming into the world.10He was in the world, and though the world was made through him, the world did not recognize him. 11He came to that which was his own, but his own did not receive him. 12Yet to all who did receive him, to those who believed in his name, he gave the right to become children of God—13children born not of natural descent, nor of human decision or a husband’s will, but born of God.

14The Word became flesh and made his dwelling among us. We have seen his glory, the glory of the one and only Son, who came from the Father, full of grace and truth. 15(John testified concerning him. He cried out, saying, “This is the one I spoke about when I said, ‘He who comes after me has surpassed me because he was before me.’”) 16Out of his fullness we have all received grace in place of grace already given. 17For the law was given through Moses; grace and truth came through Jesus Christ. and[b] is in closest relationship with the Father, has made him known.

HE IS THE REASON WHY FOR EVERYTHING 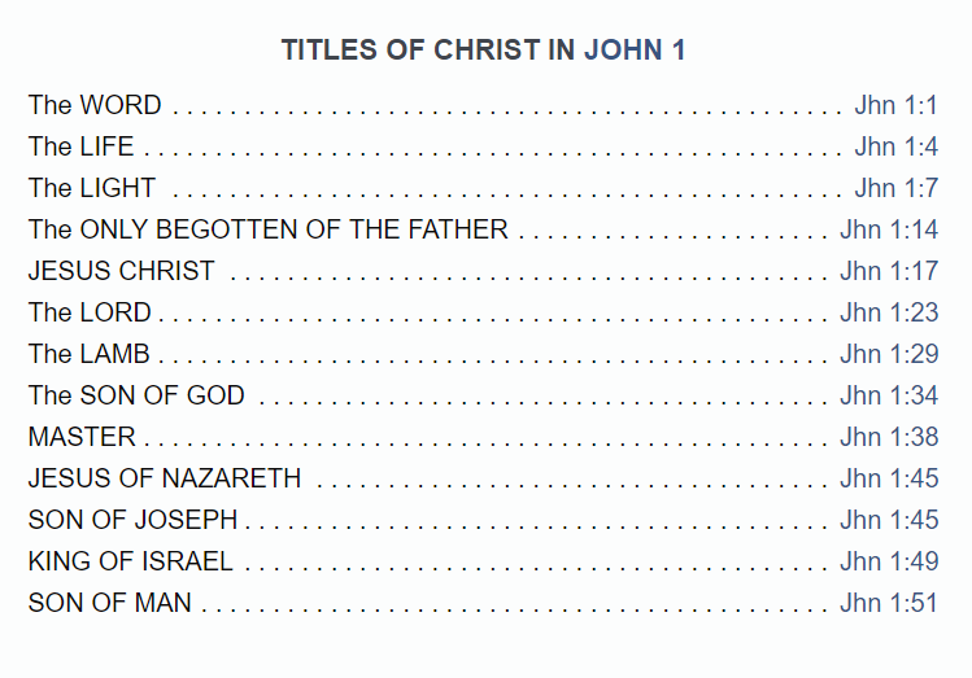 Jesus the Light of the World

1 John 1:5
This is the message we have heard from him and declare to you: God is light; in him there is no darkness at all.

Psalm 36:9
For with you is the fountain of life; in your light we see light.

In the beginning God created the heavens and the earth. 2 Now the earth was formless and empty, darkness was over the surface of the deep, and the Spirit of God was hovering over the waters.

1 Timothy 6:16
He alone is immortal and dwells in unapproachable light. No one has ever seen Him, nor can anyone see Him. To Him be honor and eternal dominion! Amen

4 In him was life, and that life was the light of all mankind. 5 The light shines in the darkness, and the darkness has not overcome

Throughout the Old Testament, we have this promise of a great light that comes into the world and would push back the darkness of the world.

Isaiah chapter 9
“The people who walked in darkness have seen a great light; those who dwelt in a land of deep darkness, on them has light shone” (v. 2).

In Isaiah 49 God says in relation to Messiah, the Servant of the Lord, He said: “I will make you as a light for the nations, that my salvation may reach to the end of the earth” (v. 6).

Isaiah 60: Arise, shine, for your light has come, and the glory of the Lord has risen upon you. For behold, darkness shall cover the earth, and thick darkness the peoples; but the Lord [Jehovah] will arise upon you, and his glory will be seen upon you (vv. 1–2).

The Word became flesh and dwelt among us, and we beheld His glory, glory as of the Only-begotten from the Father, full of grace and truth.

Jesus the light of the World

John 1:18
No one has ever seen God; the only God, who is at the Father’s side [Jesus, the Logos/Word of God], he has made him known.

2 Corinthians 4:6
For God, who said, “Let light shine out of darkness,” [that God who spoke in Genesis 1] has shone in our hearts to give the light of the knowledge of the glory of God [how?] in the face of Jesus Christ [the Logos, the Word].

After six days Jesus took with him Peter, James and John the brother of James, and led them up a high mountain by themselves. 2 There he was transfigured before them. His face shone like the sun, and his clothes became as white as the light. 3 Just then there appeared before them Moses and Elijah, talking with Jesus.

4 Peter said to Jesus, “Lord, it is good for us to be here. If you wish, I will put up three shelters—one for you, one for Moses and one for Elijah.”

5 While he was still speaking, a bright cloud covered them, and a voice from the cloud said, “This is my Son, whom I love; with him I am well pleased. Listen to him!”

12 I turned around to see the voice that was speaking to me. And when I turned I saw seven golden lampstands, 13and among the lampstands was someone like a son of man, [d] dressed in a robe reaching down to his feet and with a golden sash around his chest. 14The hair on his head was white like wool, as white as snow, and his eyes were like blazing … His face was like the sun shining in all its brilliance.

Philippians 2
15so that you will [i]prove yourselves to be blameless and innocent, children of God above reproach in the midst of a crooked and perverse generation, among whom you [j]appear as [k]lights in the world,

THE CONNECTION BETWEEN THE LIGHT ARE THE GLORY OF GOD

Matthew 11:11
Truly I tell you, among those born of women there has not risen anyone greater than John the Baptist;…

God has called us not just to survive in this world, but to be light that pushes back the darkness

The Lamb, the Light of the world

One day He will return. There will be one final great sunrise. And then there will be no more sunrises. We read in Revelation 21 about the new Jerusalem. This city “has no need of sun or moon to shine on it, for the glory of God gives it light, and its lamp is the Lamb [the Lamb, the Light of the world] and [the] gates [of that city] will never be shut by day—and there will be no night there” (vv. 21–23). 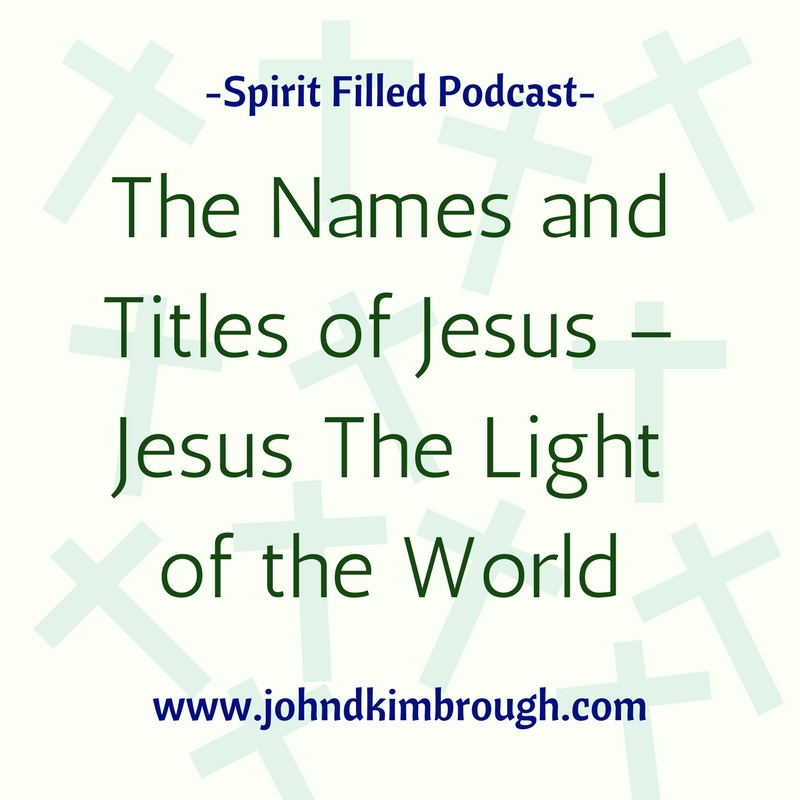 Article Name
The Names and Titles of Jesus - Jesus the Light of the World
Description
This series of the names and titles of Jesus will give us a more in-depth understanding of Jesus Christ our Lord. This is the fourth in the series. The following is an outline.
Author
John D Kimbrough | Spirit Filled Podcast
Publisher
John D Kimbrough | Spirit Filled Podcast
John | No comments | Tags: bible, bible study, biblical, CHRISTIAN, Christianity, Christians, church, God, holy spirit, Jesus, Podcast, Scripture, series, spiritual, Spiritual Meditation, The Holy Spirit