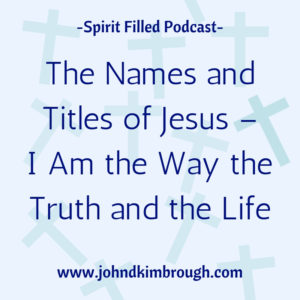 This series of the names and titles of Jesus will give us a more in-depth understanding of Jesus Christ our Lord. This is twelfth in the series.

“Do not let your hearts be troubled. You believe in God[a]; believe also in me. 2My Father’s house has many rooms; if that were not so, would I have told you that I am going there to prepare a place for you?3And if I go and prepare a place for you, I will come back and take you to be with me that you also may be where I am. 4You know the way to the place where I am going.” 5Thomas said to him, “Lord, we don’t know where you are going, so how can we know the way?” 6Jesus answered, “I am the way and the truth and the life. No one comes to the Father except through me. 7If you really know me, you will know[b] my Father as well. From now on, you do know him and have seen him.” 8Philip said, “Lord, show us the Father and that will be enough for us.” 9Jesus answered: “Don’t you know me, Philip, even after I have been among you such a long time? Anyone who has seen me has seen the Father. How can you say, ‘Show us the Father’? 10Don’t you believe that I am in the Father, and that the Father is in me? The words I say to you I do not speak on my own authority. Rather, it is the Father, living in me, who is doing his work. 11Believe me when I say that I am in the Father and the Father is in me; or at least believe on the evidence of the works themselves.

30Jesus performed many other signs in the presence of his disciples, which are not recorded in this book. 31But these are written that you may believe that Jesus is the Messiah, the Son of God, and that by believing you may have life in his name.

“Do not let your hearts be troubled”

Verse 1 “Do not let your hearts be troubled. You believe in God; believe also in me…–

Verse 11: “Believe me that I am in the Father and the Father is in me, or else believe on account of the works themselves.”

13When Jesus came to the region of Caesarea Philippi, he asked his disciples, “Who do people say the Son of Man is?”

13When Jesus came to the region of Caesarea Philippi, he asked his disciples, “Who do people say the Son of Man is?”

14They replied, “Some say John the Baptist; others say Elijah; and still others, Jeremiah or one of the prophets.”

The scandal of Christianity is not Jesus is a truth or a Savior but the truth and the Savior and anyone who contradicts him is lost and that’s why the world hates him and hates us.

He’s not just a profit is not like others it’s his uniqueness that brings about his exclusiveness and that’s a scandal to the world.

Daniel 9;27 says the Messiah would confirm the new covenant and put an end to sacrificial system the sacrificial

Jesus is the Messiah and he was not just a man even the Jewish scribes said that the Messiah would not be just a man they said the son of David would be greater than they and that he would be Lord of David Mark 12:35 -37 and Psalms 110 he would be God that became man that’s exactly what happened

35While Jesus was teaching in the temple courts, he asked, “Why do the teachers of the law say that the Messiah is the son of David? 36David himself, speaking by the Holy Spirit, declared:

“‘The Lord said to my Lord: “Sit at my right hand until I put your enemies

until I put your enemies under your feet.”’[h]

37David himself calls him ‘Lord.’ How then can he be his son?”

From that time on Jesus began to explain to his disciples that he must go to Jerusalem and suffer many things at the hands of the elders, the chief priests and the teachers of the law, and that he must be killed and on the third day be raised to life. –

Therefore you are to be perfect, as your heavenly Father is perfect.
Luke 10:25–37

Therefore if anyone is in Christ, he is a new creature; the old things passed away; behold, new things have come. 18Now all these things are from God

Jesus answered “I AM THE WAY and the truth and the life.  No one comes to the Father except through me.” 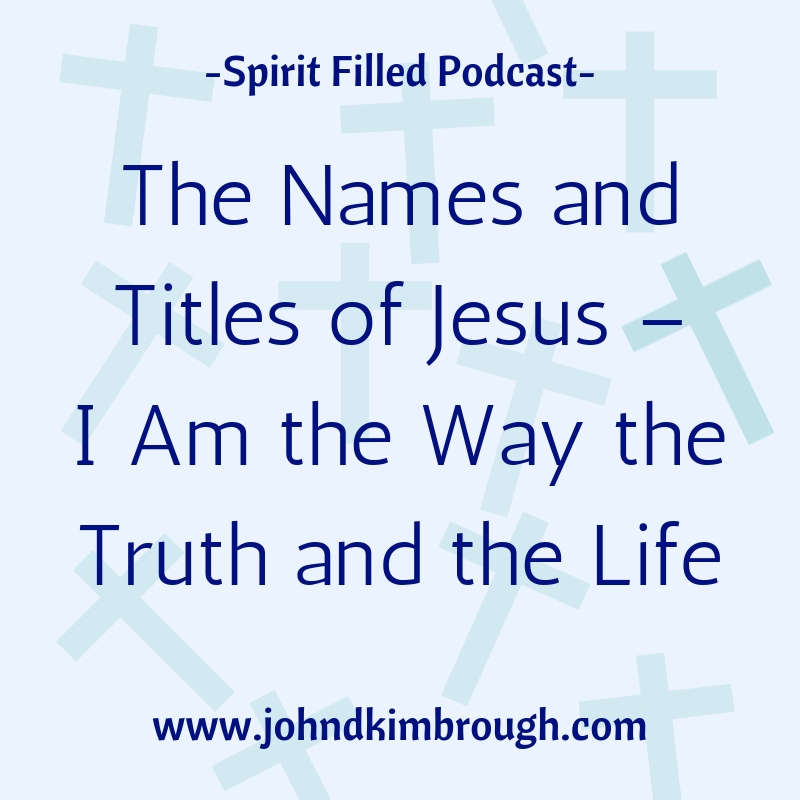